Aspen Film to Take Ownership of the Isis Theatre

Sep. 27, 2022 – Aspen, CO – Aspen Film is excited to announce their acquisition of the Isis Theatre, with an anticipated closing date on October 14. Per a 2007 agreement with the City of Aspen, Aspen Film was given the option to purchase the theater portion of the building and has now exercised that option. The current Isis Theatre lease with the City of Aspen will be terminated, and all obligations to the City have been satisfied in full.

The organization is thrilled about the official change of ownership and will kick off a strategic capital campaign intended to raise funds for modifications and improvements to the existing interiors.

“Since the option to take over the Isis Theatre became available to us, Aspen Film has been working towards taking ownership of this beloved space,” says Aspen Film Executive + Artistic Director, Susan Wrubel. “We are fortunate to be in a position to make the acquisition of the theater a reality and look forward to creating more of a gathering place to deepen community engagement, and share cinematic experiences and thoughtful dialogue.”

In addition to taking ownership of the theater, Aspen Film has engaged Bow Tie Management, a professional commercial movie theater operations company with theater operations in five states, to handle the management and day-to-today operations of the four-screen complex.

“Bow Tie Management is honored to assist Aspen Film in continuing the long and historically significant legacy of the Isis Theatre”, says Ben Moss, Partner in Bow Tie Management. “Aspen Film’s contribution to the cultural enrichment of the Roaring Fork Valley community is immeasurable, and we look forward to working with Aspen Film toward the continued success and prosperity of one of Aspen’s most significant cultural landmarks, the Isis Theatre.” 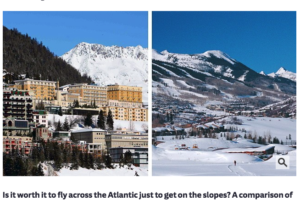 Sueddeutsche.de – Bubbly in the Air

Media coverage from across the pond - A comparison of the ski resorts of St. Moritz and Aspen in eight categories - at the highest jet set level, of course.

Is Aspen an Energy Vortex?

One thing is for certain: spiritual gurus of all stripes agree this is an intense place - and paradoxically home to a new wave of healing practitioners ready to balance you out. 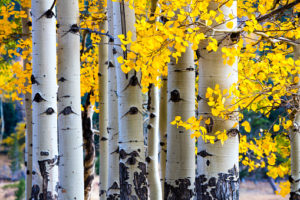 Fall News 2020: Sunny news as the Days Get Shorter

What a crazy summer... here's an update about all that's happening at LLT LTD and the clients as winter 2020 approaches.