A September to Remember in Film

Aspen, CO (Aug. 30, 2022) Aspen Film is proud to announce the program for its 43rd Annual Filmfest, which will showcase top filmmaking from across the globe over six days: September 27-October 2, 2022. With only 16 films invited, this non-competitive festival will present highly anticipated, buzzy fall titles coming off of some of the biggest film festivals around the world like SXSW, Cannes, Venice, Telluride, Toronto, and New York. This year’s festival takes place at Aspen’s Wheeler Opera House and Isis Theatre and at the Crystal Theatre in Carbondale.

As a special tribute, Aspen Film will present a free screening of the classic film, THE POSTMAN ALWAYS RINGS TWICE, directed by and in celebration of the late Bob Rafelson who passed away on July 23. Rafelson received the first-ever Aspen Film ‘Independent by Nature’ award in 1999 and was then presented with a ‘Lifetime Achievement Award’ 20 years later at Aspen Film’s 40th Anniversary in 2019.

All other films shown will be regional premieres. The Opening Night film GOOD NIGHT OPPY is a pure delight, and one that is suitable for all ages. LOUIS ARMSTRONG’S BLACK + BLUES on the legendary jazz musician, is not to be missed in the lineup. It premieres at the upcoming Toronto International Film Festival. BAD AXE is a double SXSW winner and has accumulated several Audience Awards.  Hirokazu Koreeda’s BROKER boasts the Ecumenical Jury Prize as well as the Best Actor award for lead Song Kang-ho out of the 2022 Cannes Film Festival. AFTERSUN and GOD’S COUNTRY both star Paul Mescal and premiered at the 2022 Cannes Film Festival, where AFTERSUN received a jury prize. Voted Best Director at the Cannes Film Festival in 2022, Park Chan-wook’s DECISION TO LEAVE is a highly acclaimed, taut romantic thriller. EMPIRE OF LIGHT is also set to premiere at the upcoming Toronto Film Festival, where director Sam Mendes will receive the TIFF Ebert Directing Award. The film stars Olivia Colman, and Micheal Ward, with Toby Jones and Colin Firth, and features music from Trent Reznor and Atticus Ross. THE BANSHEES OF INISHERIN, directed by Martin McDonagh, is his subsequent film coming off of his two-time Oscar®-winning THREE BILLBOARDS OUTSIDE EBBING, MISSOURI. BANSHEES stars Colin Farrell, Kerry Condon, and Brendan Gleeson. CLOSE, directed by Lukas Dhont, was awarded the Grand Prix at the 2022 Cannes Film Festival this past May, which is the second highest Jury prize.

“We are incredibly proud to announce such a diverse and impactful lineup for our 43rd Filmfest,” says Aspen Film Executive + Artistic Director, Susan Wrubel. “These films embrace and celebrate family, friendship, loyalty, and equality – all of which are important themes to Aspen Film as an organization.” 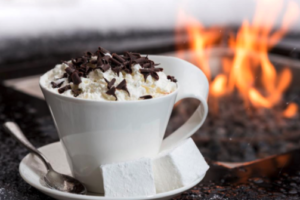 The best hot drinks around town to get you through winter.

Hotels, and even some cruise ships, are installing state-of-the-art filtration systems that claim to tackle the coronavirus where it is believed to be the most dangerous: in the air. 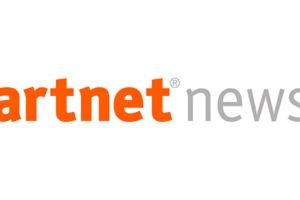 Artnet News – Lisa Yuskavage Is About to Be Everywhere

"Get ready to hear—or rather, see—a lot from Lisa Yuskavage." a great piece in Artnet News.