Three Superstar Female Ski Testers Have Some Tips for YOU!

Kim Reichhelm cut her teeth skiing Vermont’s Stratton Mountain at the age of three. She is the only skier  — male or female — to have won the South American, US and World Extreme Championships in the same year. She went on to appear in one of the all-time ski video classics “License to Thrill”.

“Going to Alaska and  competition in the first world Extreme skiing championships was the coolest thing I ever did,” she said.

She has appeared on national TV, like the Today Show, extolling skiing and now runs her women’s clinic “Ski with Kim”. She considers herself a storyteller. Reichhelm puts in very long hours during the busy winter seasons and recharges at her beachside home in Cabo, Mexico.

Her advise for choosing the “right ski”? “Try before you buy”, she noted. “No-one knows what you want better then you. Even if you think you are not good enough to tell the difference, you can. But it takes some effort”. If possible, Kim advocates demoing skis before purchasing. And she has a word about boots, too. “For ski boots, take your time and don’t rush the process. If you want to be a great skier it all starts with the boot,” she added.

Her favorite ski town is Aspen! 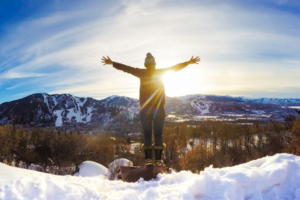 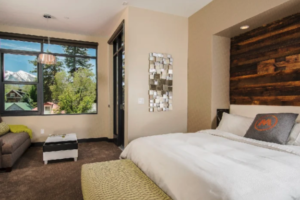 Whiskey Lovers Can Actually Spend the Night at These Distilleries

That’s right, some whiskey distilleries will let you stay over.